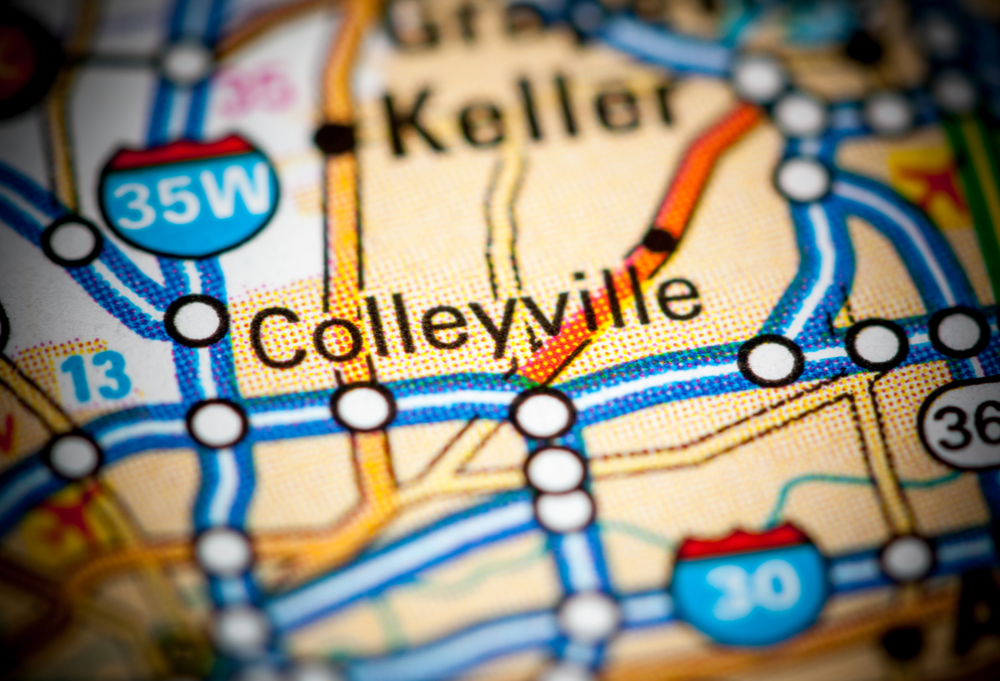 Colleyville was incorporated on January 10, 1956, and its city limits are now contiguous with those of Grapevine and Euless on the east, Bedford and Hurst on the south, Keller and North Richland Hills on the west and Southlake on the north. Although once a predominantly rural community, Colleyville has experienced significant residential development during the past decade. From a population of about 1,500 in 1960, it grew to 6,700 in 1980 and had an estimated population of 26,945 by 2018. Grapevine Highway (Highway 26) passes through its center, and most of its residents commute to Dallas and Downtown Fort Worth.

Colleyville Covenant Christian Academy is a private Christian school serving pre-kindergarten through 12th grade and is a fully accredited member of the Texas Association of Private and Parochial Schools.